When I inspect houses where an amateur has been doing electrical work, there’s a good chance that I’ll find outlets with reversed polarity. This happens when the hot and neutral wires get flipped around at an outlet, or upstream from an outlet. Reversed polarity creates a potential shock hazard, but it’s usually an easy repair.

A brief definition of Hot and Neutral wires: On a standard outlet, which is technically called a ‘duplex receptacle’, there are two wires that carry electricity. One of these wires is connected to the earth, or ‘grounded’, so this wire is called
the grounded conductor. This wire is commonly referred to as the neutral wire, and it should always be white. The other wire doesn’t get
connected to the earth, and it’s called the ungrounded conductor, or hot wire. This wire can be any color besides white or green, but it’s usually black or red. Because the hot wire completes a circuit by coming in contact with the earth, if you touch a hot wire and you’re in contact with the earth (which is pretty much always), you’ll become part of the circuit. In other words, you’ll get shocked. 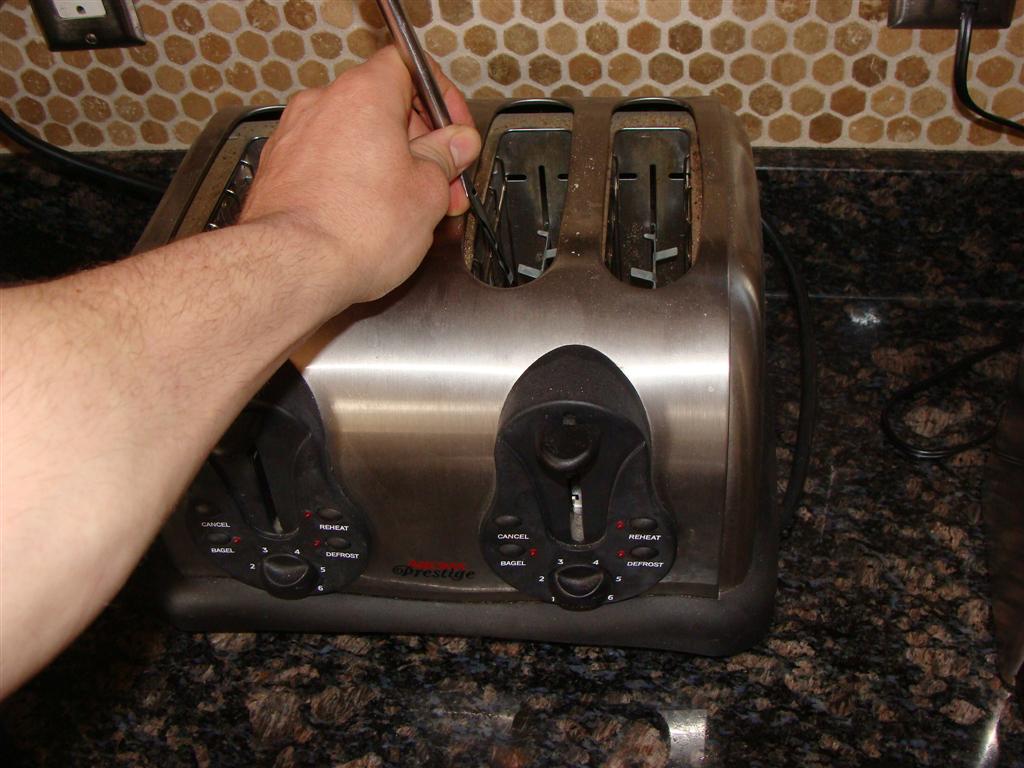 Shock hazard scenario #1: I’m
toasting an english muffin and it gets stuck in my toaster. I look in the toaster and see that the heating elements are off, so I assume it’s
safe to stick a knife in the toaster to get my muffin. I should be safe doing this, because the switch that controls the flow of electricity to the heating elements in the toaster shuts off the hot wire. Unfortunately, my toaster is plugged in to an outlet with
reversed polarity, so the switch on my toaster is shutting off the neutral wire instead of the hot. This means there is always electricity at the heating elements just waiting for some poor sap to stick a knife in, and that electricity will travel up the knife, through my body, and back to the earth. Breakfast ruined. Your mom was right when she told you to never do this.

Shock hazard scenario #2: I’m using an old trouble light, and my finger accidentally comes in contact with the outside of the metal socket that holds the light bulb in place. The socket is always connected to the neutral wire, so no big deal… unless the trouble light is plugged in to an outlet with reversed polarity. In this case, I’ll get a shock. If this happens while I’m lying on the garage floor working on my car, there’s a good chance that this could be the last shock I ever get. This can also happen with old table lamps that have exposed metal sockets. 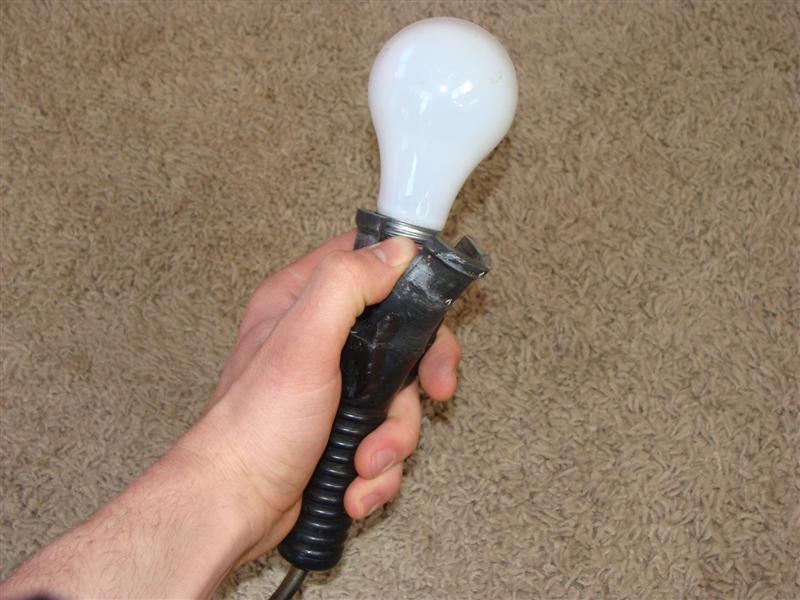 If you have outlets with reversed polarity, you should have the wiring repaired by an electrician.